Seeing the light in a failed business rescue plan

When the waves keep coming, the only way to overcome their weight and turbulence is to learn how to surf. Insolvency is very much like the breaking surf, bringing noise, confusion and murkiness as claims from creditors emerge and start to close in on the business. Directors will often meet this stressful circumstance with ploy and shrewdness thinking that survival is best achieved by avoiding the very issues that should be confronted head on.

Learning to surf the dynamics of a failing business is likely to be new to the owner. Insolvency is not something encountered frequently enough for the directors to become skilled in this field. Nor is failure dwelled upon when starting out and will be the last thing that is thought of when striving to succeed in the business. The dynamics of insolvency will be a new encounter for the directors and potentially a painful one as the circumstances take on a personal slant.

The effect of insolvency is not confined to the company – both the turbulence, and the economic consequence, hits both the company and its creditors. The other side may present acrimoniously because someone else’s shortcomings have caused damage to them. Here is an important point though – the business in trouble may be failing and that means that management has failed but it does not mean that management is a failure!

To avoid that failure label, directors must conduct their business affairs in a different way than has occurred up to this point. It is highly likely after all, that it is the failing of management that is the probable cause of the condition. To have any credibility, the change in approach must demonstrate that the company’s creditors are at the heart of its future activity.

It is all very well to have such a plan, but unless there are avenues for its implementation it will not see the light of day. Intention is one thing but being able to perform is quite another. The solution to be found is how management makes such a momentous shift in its approach and have that accepted by the creditors. The reality is that there is no model answer for this situation. In this swirl of activity, the directors will need to find a way of convincing creditors that their plan for survival is better than the creditors taking action themselves. This will require the directors to submit a plan born out of one eye on the past to ensure mistakes are not repeated, and the other on the future that shows modest and credible results. The important thing is that the company is not dead yet and until it is, there is potential for its revival – the alternative is that the company becomes just another statistic.

Undying commitment for survival by itself will not be sufficient though. There must be commitment in abundance but without staircasing through some tangible objectives, commitment alone will fail for the want of achieving benchmark outcomes. Solid stepping stones need to be found so that trust and confidence can be rebuilt, and rehabilitation can become a reality.

Firstly – get to know exactly where you are in the woods. Business is about wealth creation and this is measured in money terms. Ask for assistance to prepare a statement of position – it should not take more than an hour using your assessment of value. Estimations are near enough at this stage – you just want to know roughly your whereabouts so that you can prepare a course of action showing the way out.

Secondly, define what value your business can provide. Why should customers come to you and how valuable is the good or service to them. Success in business is not a right of existence, it is a consequence of the value that is transferred to customers that are willing to engage with the business. Pulling the business out of a hole, in the long term, is about making sustainable profits from providing value. If there is no value to provide, or the costs of providing it are greater than the profit to be earned, then perhaps there is not a business to save.

Thirdly, honestly describe what has gone wrong. Get down to the nitty gritty of the matter and answer up against the issues. There is one common element that is critical to comprehend and factor into the analysis – management did not see the insolvency outcome or did not respond to it in a way to defeat it when it became apparent. Management should not engage in some self-effacing introspection and retort that they are to blame for everything that lives and breathes in the organisation – rather, management needs to understand what other decisions might have been made so that the outcome being confronted now, might have been different. Nothing that has happened can be changed, but if the cause of it is understood it is less likely to be repeated.

Fourthly, it is imperative that management plans its activity. Plans themselves are nothing but the process of planning is everything. The completion of an excel workbook full of numbers and formulas may look impressive but unless those numbers accurately represent an actual occurrence in the business, they are just numbers on the page. Plan honestly and diligently – do not be fooled by the promises of bells and whistles programs, the answers are not in IT functionality but in the thinking persons’ head that is seriously concerned about the survival of the business. Plan the future with intuition and foresight by developing a big picture view made up of moderate action steps, and then implement the plan with confidence.

Fifthly and lastly, get help. The business is in a hole and management will be held accountable for that outcome. There may be reluctance to engage someone, but the business will not only be advantaged by fresh eyes but will benefit from having an independent person between the company and its creditors.

Businesses fail every day. The important point though is whether or not all reasonable chances of recovery were considered. Voluntary Administration is the legal regime designed specifically to see whether or not the business can continue in existence. Its implementation is intended to be an alternative to liquidation. 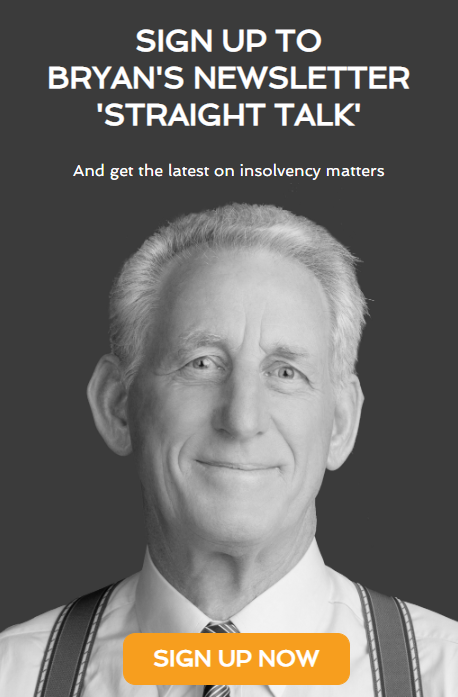 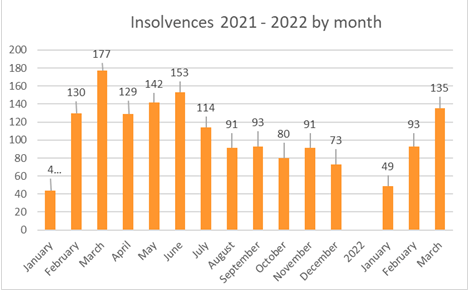 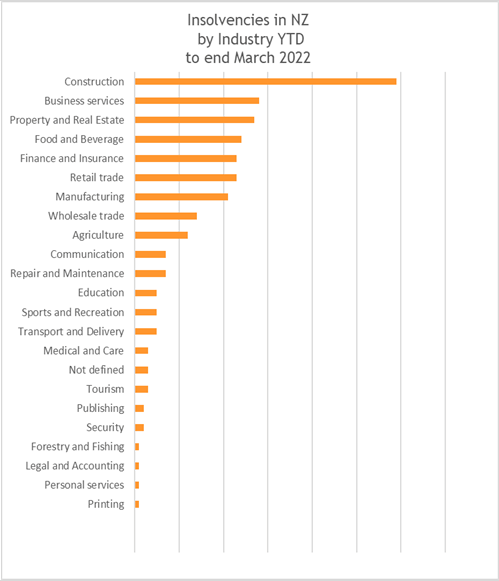